What is Sulfur Dioxide (SO2)? What toxin and mold additives in dried fruit are bad for you?

What is Sulfur Dioxide (SO2) in Dried Fruits and Foods?

Sulfur dioxide (SO2) is used in the dried fruit, food and beverage industry for its protective and antioxidant properties. It is harmless to healthy people when used at recommended concentrations, but it can cause asthma attacks when inhaled or swallowed by sensitive individuals. About one in nine people with asthma get worse when they drink soft drinks containing sulfur dioxide. In addition, workplace exposure occurs during the production and preparation of food and beverages. Sulfur dioxide is a colorless, odorless gas that is well soluble in water and is used as a preservative to help keep food crisp, fresh and healthy by slowing microbial spoilage. yeast and fungus.

Sulfur dioxide (SO2) is an approved preservative and antioxidant for use in the food industry, including foods and beverages you buy at your local supermarket. However, small amounts of sulfur dioxide can trigger asthma attacks in susceptible individuals. And the Food and Drug Administration is not always aware of all food products that may contain sulfur dioxide.

Sulfur dioxide is safe in foods and beverages at current exposure levels. However, some people are sensitive to sulfur dioxide causing asthma attacks after drinking soda and other products containing SO2. The acceptable amount of SO2 in food is regulated by the FDA and these rules are enforced by companies.

Sulfur dioxide is used in the food and beverage industry as a preservative.

Although the side effects of long-term use are largely unknown, most scientists agree that SO2 is a food additive that should be avoided.

Sulfur Dioxide, also known as sulfuric acid mist, is a toxic and highly corrosive gas. Sulfur Dioxide occurs naturally in the air and dissolves in water creating acid rain. Exposure to Sulfur Dioxide can lead to a number of health problems; it can cause permanent tissue damage, cough, shortness of breath and headache

Sulfur Dioxide is an environmental pollutant that is naturally released from the earth’s crust and released during volcanic eruptions. Smaller amounts are also released when burning coal, petroleum, diesel and oil products, natural gas, and wood. After being discharged into the environment, sulfur dioxide combines with water vapor to produce sulfuric acid rain or with ammonia and nitrogen oxides to form fine granular substances that are harmful to human health and the environment.

What are the additives and contaminants in dried fruit and food?

Anything that comes in contact with food in terms of packaging, manufacturing, and shipping materials can be contagious. We know how important it is to identify contaminants and food residues to ensure food safety.

Often, foodborne illness is caused by contamination. There are many types of airborne pollutants. Some have been known to cause serious reactions. We know how important it is to identify them and keep food safe for consumers. This can be determined by examining and classifying appropriate sources of contamination. These contaminants are found in food packaging and during manufacturing.

It is important to remove contaminants such as mycotoxins, pesticides, heavy metals and others from food as they can have a negative impact on human health, especially for with children.

The quality standards for all food products are determined by the public and the government. Consumers must understand the risks associated with the use of raw materials (ingredients) in fruit-based products, and should therefore consider these issues when selecting such products.

When it comes to dried fruit, ingredients matter. They affect how nutritious dried fruit is and how safe it is for your health. Eating dried fruit that contains unapproved food additives and contaminants can lead to serious health problems like cancer.

While food contamination is in China, it says the main culprit is mycotoxins. However, there is still a higher chance that heavy metals and pesticides in fruits and vegetables any element can be harmful.

Dried fruit can be a great snack, but beware of contaminants like mycotoxins, acrylamide, and heavy metals. The fact that pesticides need to be considered

To ensure food safety, we test for contaminants and food residues – aka food chemicals and microbiological agents – using state-of-the-art technologies.

Contamination can take many forms, from natural elements such as lead or acrylamide, sometimes found in raw materials, to man-made pollutants such as phthalates – chemicals found in some plastics or copiers .

Food additives and contaminants can be toxic, carcinogenic, teratogenic, and endocrine disruptors. Don’t risk your health by eating tainted food.

Mold and bacteria in your food. Now there’s something you don’t want to think about every time you bite into a piece of fruit…

There are a lot of additives and contaminants in dried fruits and foods, but they’re all bad for your health.

Additives are chemicals added to foods to preserve shelf life, color or taste. In general, they are not toxic but their use is strictly monitored by government regulations to ensure safety.

What are mycotoxins and aflatoxins?

Mycotoxins are toxins produced by certain fungi that have the potential to contaminate many foods. Aflatoxin and ochratoxin are the most common mycotoxins. QACS is your solution to all food quality problems, including contaminated products and ingredients. With analysts and experts in Greece, Cyprus, Germany and China, we can help you achieve the optimum level of food quality.

Mycotoxins are toxins produced by fungi. Aflatoxin and ochratoxin are examples of mycotoxins. Each year, mycotoxins cause significant health problems and economic losses. To protect consumers, each manufacturer has a duty to ensure the quality of its products, especially those susceptible to mycotoxin contamination.

Aflatoxin is found in peanuts, grains, and nuts that have been improperly stored or processed. Aflatoxin can cause a number of health problems including cancer, liver damage, impaired growth, and other disorders. Breweries are required to ensure that the quality of their products exceeds health and consumer protection standards. 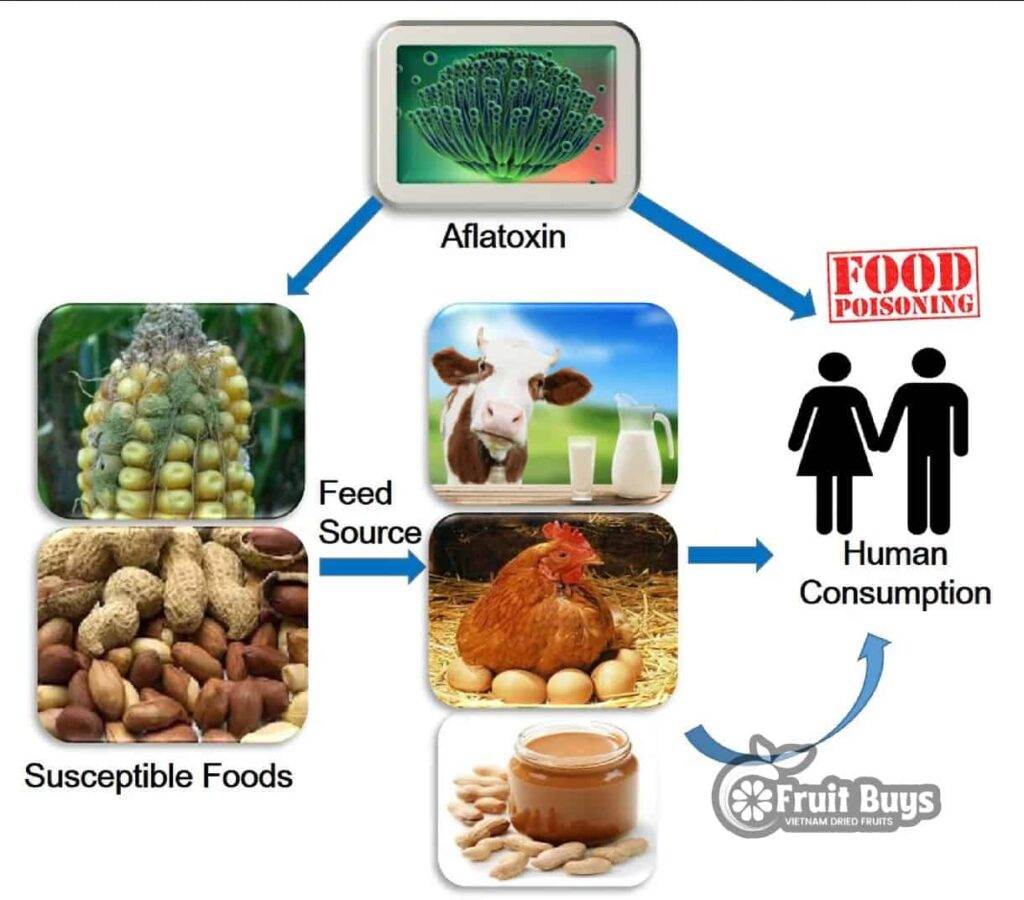 To protect your products from aflatoxins, dairy products and substances, request test certificates from certified laboratories

Aflatoxins and mycotoxins are toxic, carcinogenic compounds produced by molds that can contaminate a wide range of products, including grains, nuts, and dried fruit.

Aflatoxins are some of the most dangerous chemicals known to man. It is the duty of every company to protect its population.

Health Tips! To eliminate the risk of mycotoxin exposure, raw nuts and seeds should not be eaten.

Mycotoxins are a group of toxic substances that are produced as a by-product of certain types of molds. When present in food or feed, mycotoxins can alter the structure and function of the body’s systems.

Through extensive quality control standards and customer compliance requirements, we ensure that only the highest quality foods reach the consumer.

Where to buy quality dried fruit?

All products of FruitBuys meet HACCP and ISO quality standards and have been exported to USA, Canada, UK, Germany, France, Japan, Korea, Italy and other countries.

FruitBuys focuses on results with extraordinary effort and quality ingredients. We are ready to fulfill the special work requirements for your business. Welcome to order FruitBuys soft dried or crispy dried fruit

If you are looking for a business that offers the best items that match your highest customer expectations in this area, please refer to our available products www.fruitbuys.com

You will find a list of dried fruit products in the categories we currently have. We are a team of diligent professionals interested in the production of dried fruit for online retail customers and impeccable support services.

FruitBuys is revolutionizing the dried fruit industry and we must have a message, a clear vision and most importantly true quality. FruitBuys creates a business model that all our customers can connect with easily and become long-term partners. In the competitive dried fruit market, we know our customers need a reason to choose us 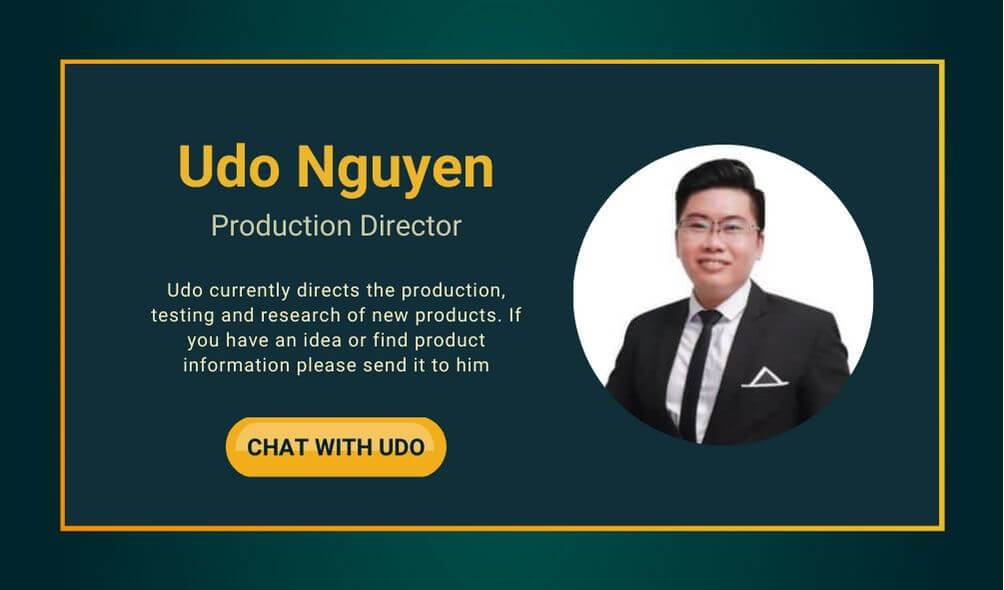 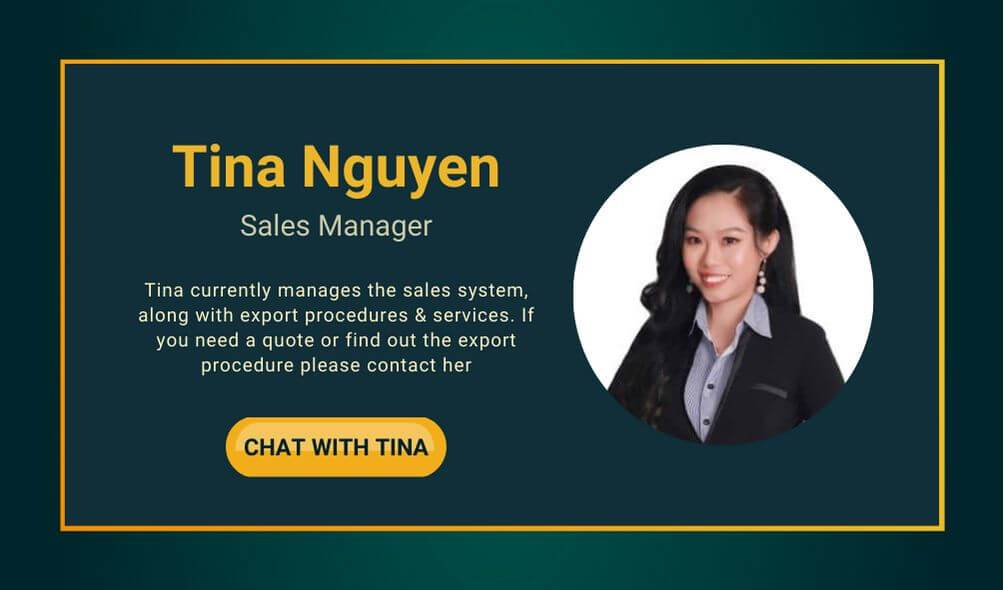